The GRAMMY Museum is thrilled to welcome Noel Paul Stookey of Peter, Paul, and Mary for an intimate conversation about his contributions to America's musical history and the making of his new album FAZZ: NOW &THEN, followed by a special performance.

Stookey, who has released some 50 albums during his extraordinary career, worked through the pandemic shutdown to make an album that is a decidedly jazzy exploration of both traditional and contemporary material. FAZZ:NOW&THEN contains 20 tracks, the major portion of them brand new and all of them quintessentially Stookey. The term “Fazz” was coined by Dave Brubeck Quartet member Paul Desmond during a 1960s era tour with Peter, Paul and Mary when introducing a song that the two acts would perform together. The term stuck with Noel, and FAZZ:NOW&THEN is a reflection of how the interpretative nature of jazz has impacted his creative impulses, both lyrically and musically, over the past 60 years. 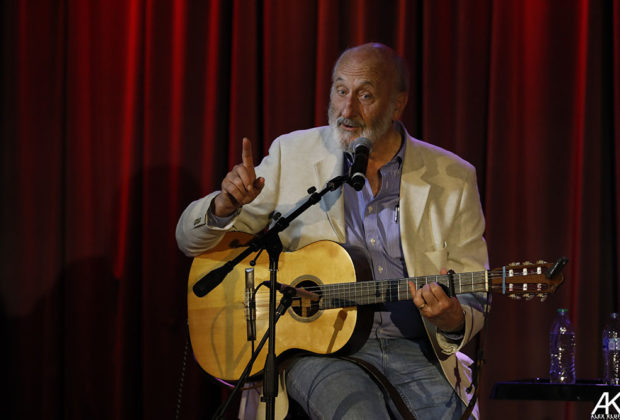 An American treasure who recently celebrated his 84th birthday, Noel Paul Stookey continues to embrace his role as a social activist and elder statesman of what was once referred to as “protest music.” While acknowledging his history and his role in the legendary folk trio that was known for rallying support for causes such as safe energy, peace and human rights at some of the most iconic events in our history--among them the 1963 March on Washington with Martin Luther King--Noel has stepped beyond the nostalgia of the folk era. He placed the royalties from his now-classic “Wedding Song (There Is Love)” into the Public Domain Foundation where it has earned over $2 million to fund a variety of charitable organizations, notably Music to Life, a non-profit co-created with his daughter Liz Stookey Sunde that utilizes groundbreaking ways to bring about social change through technology, entertainment, artist collaboration and education.

Noel’s latest musical work, FAZZ:NOW&THEN, is available from spotify, itunes, amazon and other digital retailers. For more information on the new album and Noel's vast catalog of recordings, click here.